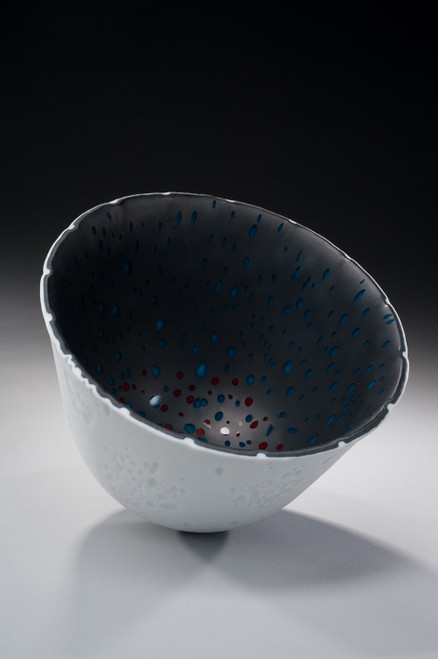 By the Light of the Silvery Moon was inspired by the song featured in the 1953 Warner Brothers movie musical of the same name. The film is the sequel to “On Moonlight Bay” (1951). Both movies are loosely based on the 1914-1929 “Penrod” stories penned by Booth Tarkington and follow the Windield family in the small town of Milburn, Indiana, post WWI.

Look closely at the color and texture of the vessel interior. The metallic appearance is actually caused by a reaction when fired in the kiln. The glass that now appears gray metallic starts out shinny blue, but as it heats and is exposed to air, it turns a “metallic” color and texture. The small blue spots were areas capped with clear glass before firing, preventing the reaction to occur.

The Moon is Made of Green Cheese