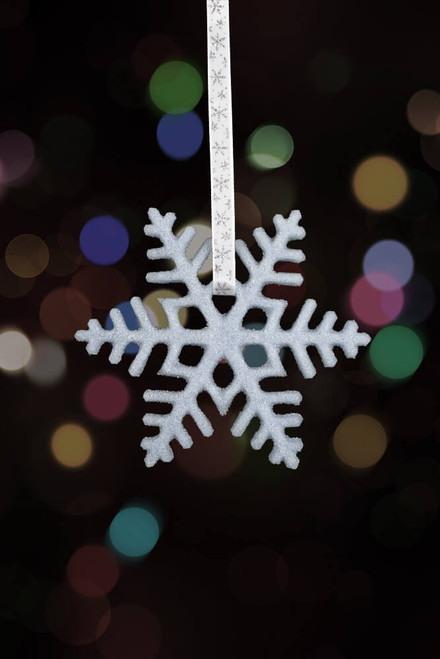 Feeling on the blue side this Holiday season? Well, if "decorations of red on a green Christmas tree won't be the same this year", then you may find this "blue, blue, blue, blue" snowflake a tad more approprie. Created from indigo tinted glass. Who says you can't have a "Blue Christmas" in style?

Snowflake Tidbits:
Written by Jay Johnson and Billy Hayes, "Blue Christmas" was first recorded in 1948 by Doye O'Dell. Two years later, the Ernest Tubb version hit #1 on the Billboard charts. Elvis Presely's version was recorded in 1957, but not officially released until 1964.

- All art work is handmade by Robert Wiener in the DC Art Glass Studio. Kilnforming is a method of shaping glass in a kiln using heat and gravity. Techniques used by the artist include fusing, slumping, casting, printmaking and coldworking. It is common of kilnformed glass to have slight color shifts and small "champagne" bubbles. May contain sharp edges. Handle with care.